Presenters at the Seminar 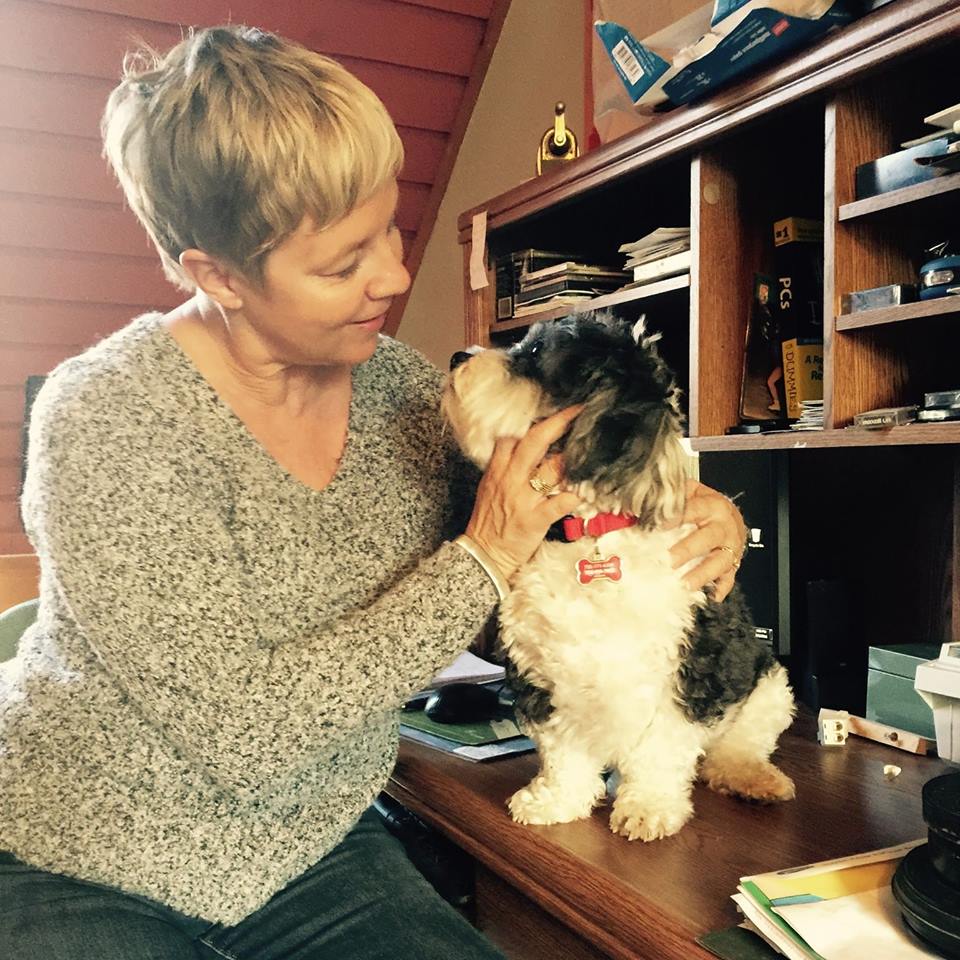 The Write Angle: Creating Proposals and Queries That Will Engage Agents and Editors

Lisa Begin-Kruysman is an author of Fiction and Non-Fiction. A graduate of the University of Connecticut, she has studied writing with the Institute of Children’s Literature, The Society of Children’s Writers and Book Illustrators and the Highlights Foundation. A former Human Resources Associate in the entertainment industry, she currently resides in Ocean County, New Jersey, with her husband Rich, and foster-to-forever dog Teddy. Through her artwork and writing, she aspires to educate and enlighten the world about the unique bond that exists between humans and their dogs and to ultimately improve the welfare of dogs across the nation. Her book, Dog’s Best Friend: Will Judy, Founder of National Dog Week and Dog World Magazine was a Maxwell Medallion nominee in 2015. 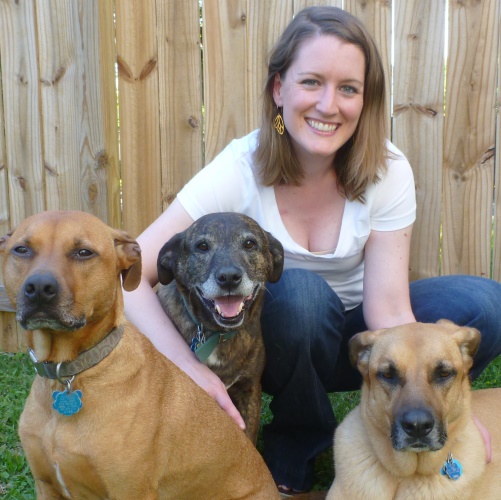 Co-Presenter – The Digital Revolution: How to Use Blogs and Social Media to Promote Your Work

Maggie Marton is an award-winning writer immersed in the pet industry. She contributes two monthly columns to Pet Age Magazine and writes for numerous pet product manufacturers. Select publications include NationalGeographic.com, Pet Enthusiast Magazine, Bust Magazine, and two eBooks–one about clicker dog training and one about blogging. Maggie has spoken about pets on radio and television, and she and her blog, ohmydogblog.com, have been profiled in print and digital publications. 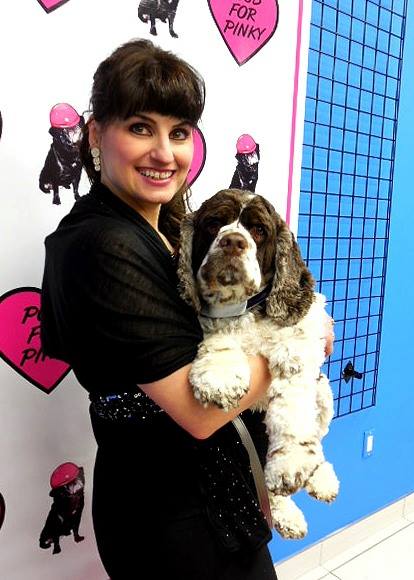 Co-Presenter – The Digital Revolution: How to Use Blogs and Social Media to Promote Your Work

Carol Bryant is the Marketing and Social Media Manager for BlogPaws. She has traveled with dogs for almost 25 years and is touted as a dog product and travel expert. A seasoned writer and blogger, she has appeared numerous times on television and radio, including Oprah Radio’s Gayle King Show. She maintains her own canine-centric blog, Fidose of Reality, and its fundraising arm, Wigglebutt Warriors. Her heart beats dog, so she volunteers with Cocker Spaniel rescue groups, and is often found diversifying her dog’s treat and toy collection. 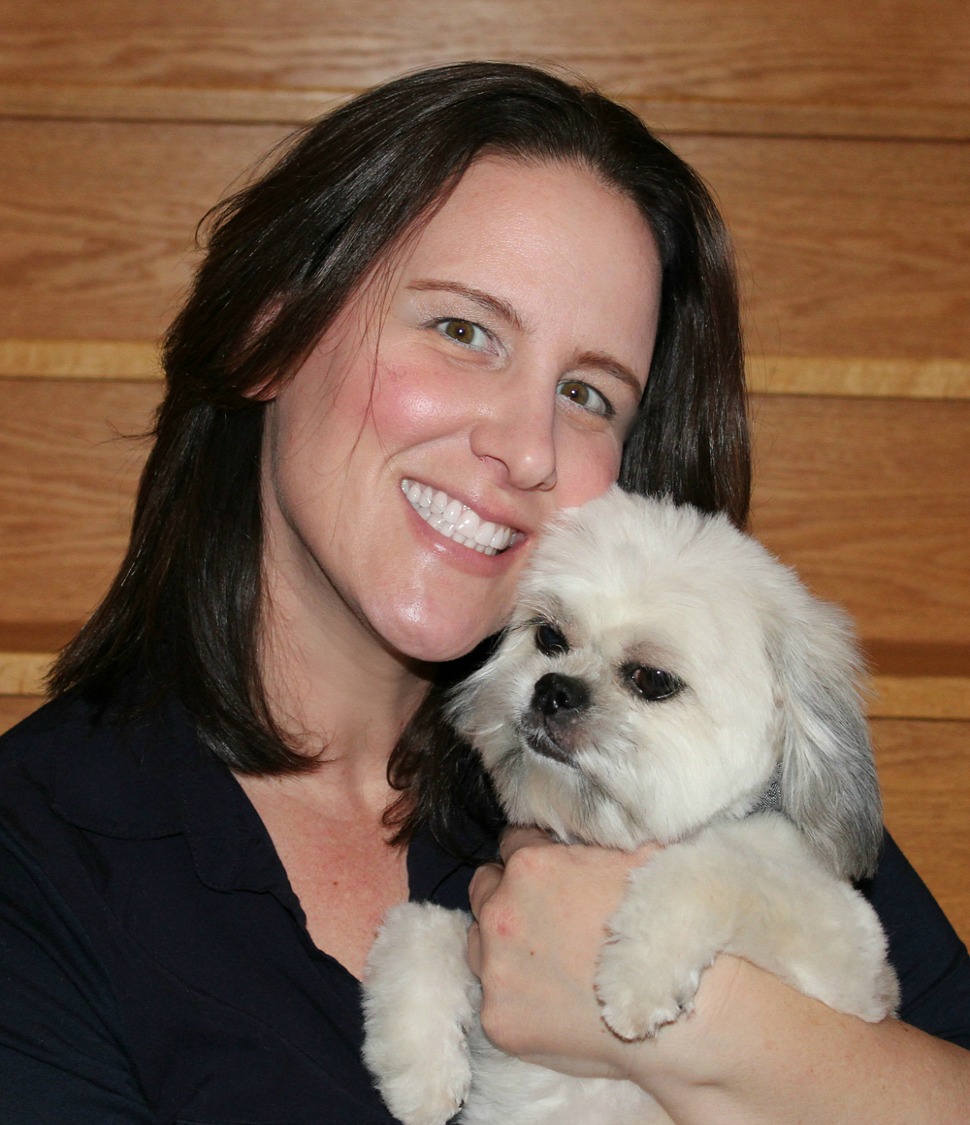 Talk Digital to Me: How to Pitch your Ideas to Web Editors and Joining the Online Pet Community

Amy Tokic is the Editor of PetGuide.com, the flagship site to over 75 different pet communities, which offers pet parents a one-stop-info-shop for all things related to dogs, cats and other pets. Amy’s been with PetGuide since the beginning, guided by the wisdom of her Shih Tzu mix and furry roommate, Oscar. Together, this pet power couple has their paw on the pulse of the pet industry, sniffing out trends, advice, news, tasty treat recipes and other tail-wagging stories.
Amy’s career has spanned the media spectrum. From an internship at a local Rogers cable station, she’s worked at radio stations across Ontario before moving into the print and magazine industry, and finally to the Internet. She has been called upon to offer her pet expertise in numerous interviews for outlets including PopSugar, The Toronto Star, Honest Kitchen, Vegas Rock Dog Radio, the World Pet Association, Consumer Reports, and Redbook. Amy holds a BA in Communications from the University of Windsor and a Diploma in Radio Broadcasting from Fanshawe College. Oscar graduated Magna Sum Laude from his Puppy Kindergarten Class, but fell in with a bad crowd of mutts and was expelled from Obedience Training 101 after humping the teacher’s leg.

Mara Bovsun is an award-winning writer and editor for the American Kennel Club’s publications and web sites. She has also served many other functions for the organization, not the least of which is being the AKC Beagle Mascot Bailey at several events. And that is how she earned the distinction of being the only creature on earth who has taken her own dogs through the Canine Good Citizen test, evaluated other people’s dogs for CGC, and actually was the dog taking the CGC. You should see her down-stay! When she’s not being the dog, she practices and competes in agility, running, tricks training, and any other activity that strikes her fancy with two Leonbergers, Emily and Cleah.

Charlene and Larry Woodward are the founders and owners of Dogwise.com and Dogwise Publishing. Founded in 1987, the business focused originally on marketing books at dog shows and through a mail order catalog. Dogwise Publishing was founded in 2001 and is now the primary focus of the business with an emphasis on books of interest to dog trainers and enthusiasts. Larry is the chief editor and Charlene is the acquisitions manager. They live in Wenatchee, Washington.

Amy Tokic is the Editor of PetGuide.com, the flagship site to over 75 different pet communities, which offers pet parents a one-stop-info-shop for all things related to dogs, cats and other pets. Amy’s been with PetGuide since the beginning, guided by the wisdom of her Shih Tzu mix and furry roommate, Oscar. Together, this pet power couple has their paw on the pulse of the pet industry, sniffing out trends, advice, news, tasty treat recipes and other tail-wagging stories.

Norma Perez-Hernandez is an acquiring editorial assistant at Kensington Publishing Corp. A New York City native, Norma studied English literature at the Macaulay Honors College at The City College of New York and is a graduate of the Publishing Certificate Program at City College. Norma is currently looking for romance (historical and contemporary), historical fiction, traditional and cozy mysteries, thrillers, select sci-fi and fantasy, and nonfiction (including popular culture, narrative nonfiction about animals and pets, and biography). She is thrilled to build a list with diverse authors and books.

Christopher Reggio, editorial and acquisitions director for Fox Chapel Publishing, is a 40 year veteran of the publishing industry who began his career as a bookstore cashier eventually becoming a book publisher. He has published dog and other pet books for over 15 years first at Reader’s Digest (Associate Publisher, Director of Trade Publishing), TFH (publisher), and General Manager, i-5 Press (Lumina). He is the parent of both pure-bred and rescue dogs, and has earned the AKC Therapy Dog title with his Flat-Coated Retriever Lucy. Chris is always on the lookout for new and interesting book ideas.